Hello! Today I would like to describe visiting PHP Russia 2021 conference. It was on June 28 in Moscow, in Radisson Slavyanskaya space.

It was the second PHP conference in Russia. Initially, it should be in 2020, but it was postponed several times because of Covid-19 and related limitations. Finally, the conference moved to June 28. There still were some, if it will be in that day. Fortunately, it was as scheduled.

Additional restrictions were introduced during the conference in Moscow. In particular, visiting restaurants using QR codes and banning public events (more than 500 people). In this case, the number of participants was less than 500.

Free PCR testing was carried out very quickly for all conference participants. There were at least no queues. I made PCR just before the conference and came to the opening in time.

The organization was at the highest level. I, as a participant, did not notice any technical problems. The talks started and ended on time. The equipment worked flawlessly. Questions from online participants were connected to the reports.

There were 4 streams: PHP Russia 2021 schedule.

Most of all I liked the talk by Anton Titov Distributed Workflows in PHP. It is proposed to use workflow instead of queues where workflow is most appropriate (example: pizza delivery service, taxi ordering service, etc.). All sorts of workflow implementations were considered. Finally, decided to use Uber Cadenсe and its Temporal fork. Also, the author did a great job integrating the service into the PHP ecosystem and creating the SDK.

There were stands of partner companies in the central hall: ManyChat, Badoo, Yula, Citymobil, Vkontakte, Undefined, OTUS, SuperJob. Mostly there were various PHP quizzes and merchandise offered as prizes.

The stand of Badoo seemed to be the most interesting and creative. There was an opportunity to play IT darts. The difference from the usual darts is that it is digital. There was control from the keyboard and a small delay to the controls. In addition, the rules have been slightly changed, an analogy has been made with the development of an IT project. Getting into the external sector is the development of a feature. When developing a feature, bugs appear in the central sector, etc. 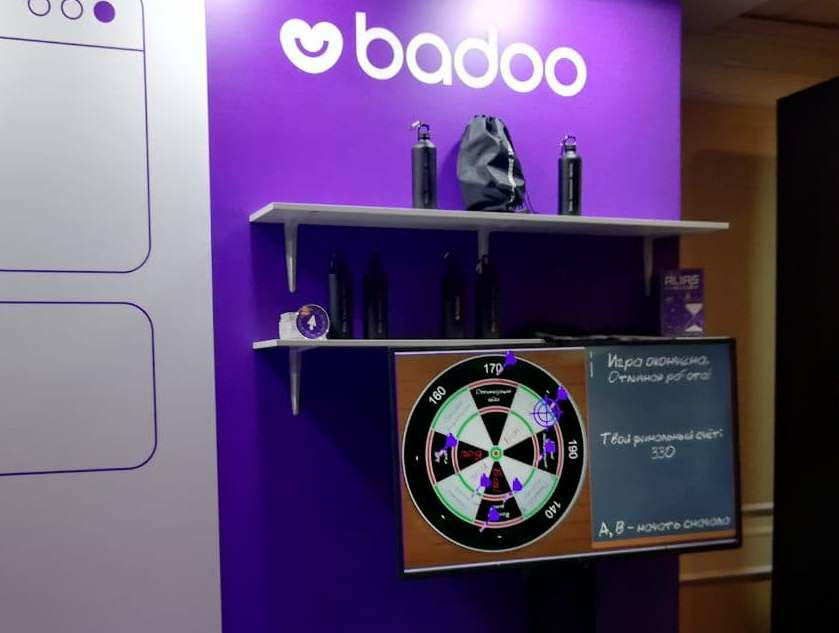 There is a free microphone format, so anyone who wants to can make a mini-lecture. Main topics of discussion:

Unfortunately, I was not in all the discussions.

There also were video interviews with developers of partner companies (Avito, ManyChat). The interviews were shown in streams, in between reports. It looks like an experimental format.

After the conference was closed, the participants had the opportunity to communicate in an informal setting. I was also able to participate in the after-after-party with the organizers and speakers. It's very nice that, despite all the difficulties, we managed to hold the afterparty. I think this is also an important part of the conference. 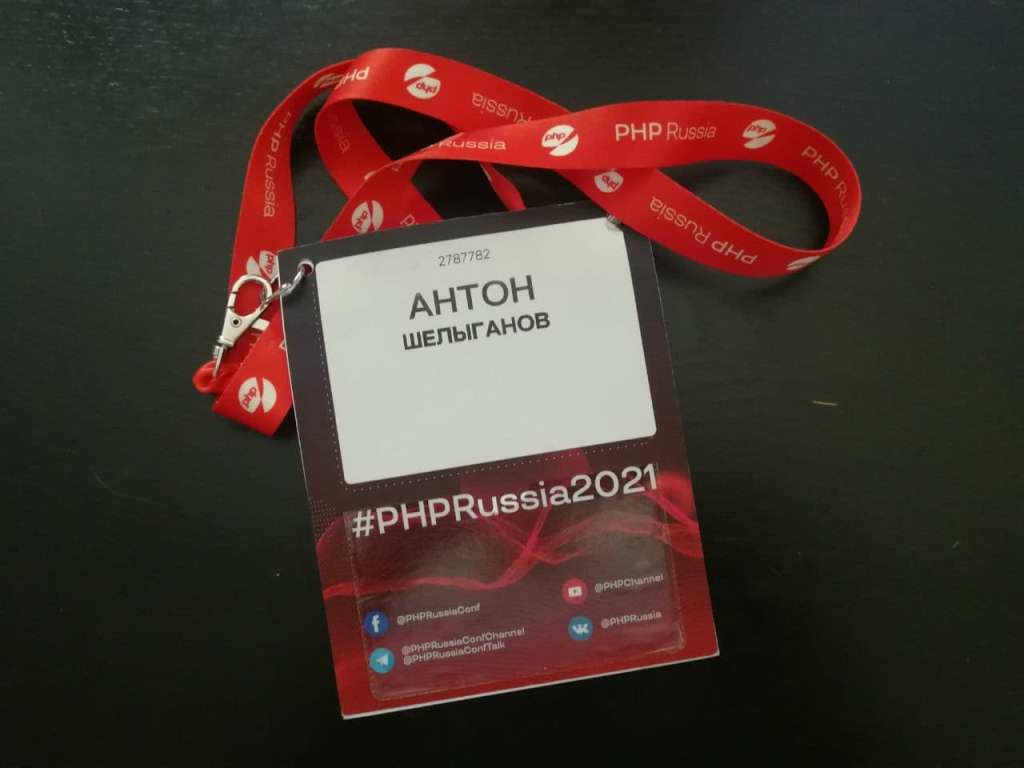 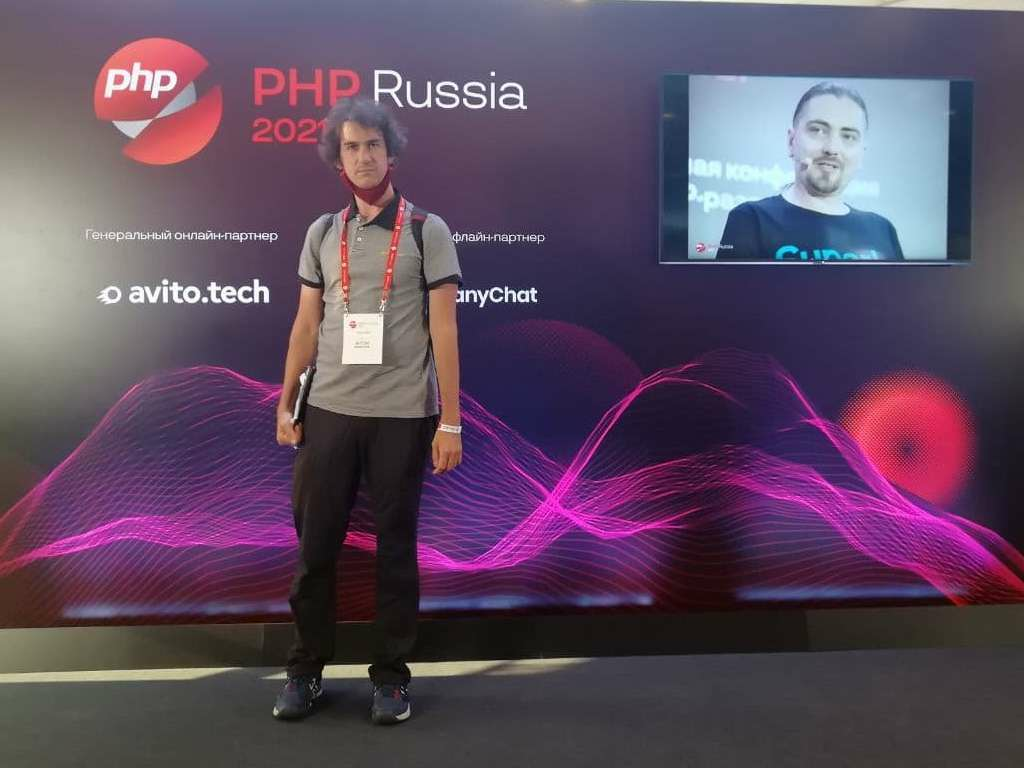 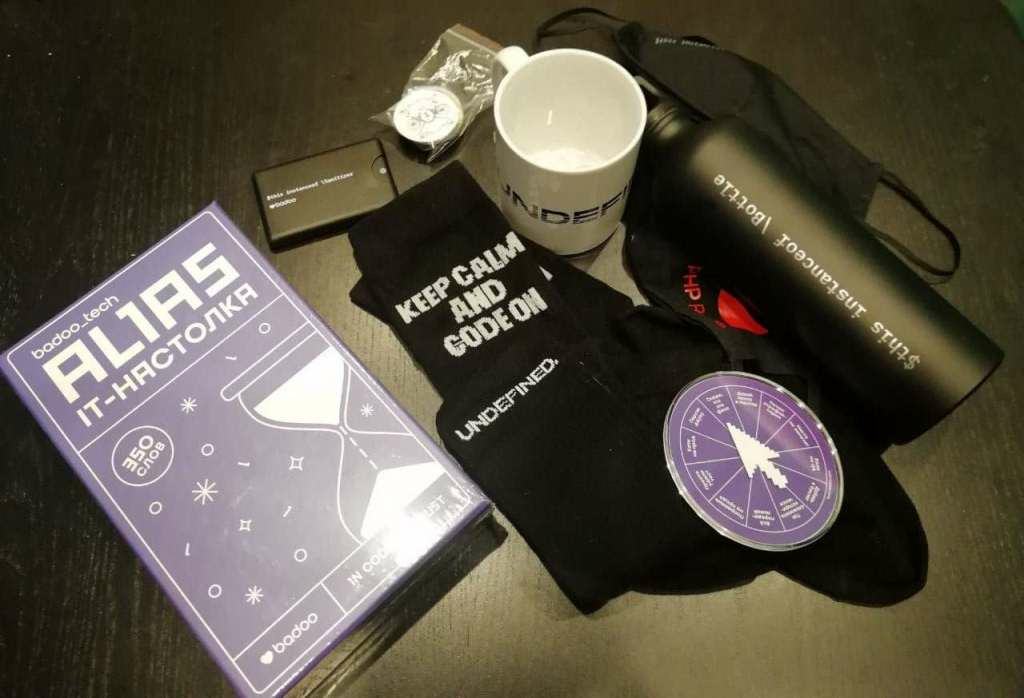 Many thanks to the organizers and speakers! It's very nice that the conference took place despite all the difficulties, limitations and postponements.